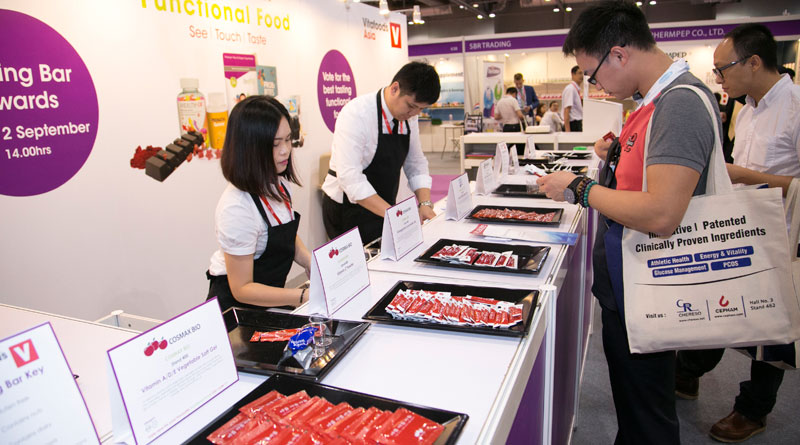 Head to your local supermarket and you’ll find probiotic foods and drinks that could help to improve your health. These include yogurts containing added probiotics and an assortment of milk drinks fermented with probiotics.

Studies have shown that some probiotics, which are live microorganisms that confer health benefits when consumed, could relieve the symptoms of irritable bowel syndrome, prevent diarrhoea caused by infections and antibiotics, reduce bone density loss and improve the digestion and absorption of food and nutrients.

Their positive health effects are why Associate Professor Liu Shao Quan, who is part of the National University of Singapore’s (NUS) Food Science and Technology Programme, has dedicated part of his research to developing new probiotic foods and drinks that could appeal to more people and expand the options for a healthier diet.

Over the past few years, he and his students have created probiotic beer – a first in the market – and two other probiotic beverages made with durian pulp and okara respectively. Okara is soy pulp that is leftover from the production of soy products such as soy milk and tofu.

Prof Liu said of the probiotic beer: “The general health benefits associated with consuming foods and beverages with probiotic strains have driven demand for them up dramatically. In recent years, consumption of craft or specialty beers has become more popular too. I am confident that our probiotic, gut-friendly beer will be well-received by beer drinkers, as they can now enjoy their beers and be healthy.”

At this year’s Vitafoods Asia 2018 conference, which will take place on Sept 11 and 12 at Singapore’s Marina Bay Sands Expo and Convention Centre, Prof Liu will speak about the difficulties of keeping probiotics alive in foods and drinks, and his research to improve their survival chances.

The annual conference is the only dedicated event that covers nutraceuticals – a term used to describe food or beverage products that may help to prevent or treat diseases – from ingredient to shelf. More than 300 suppliers from across the world are expected to attend this year’s edition.

He noted that some microorganisms can help to protect probiotics and improve their odds of survival, but the mechanisms of the process are not well-understood. He and his students experimented with different probiotic strains, yeasts and cultures in creating their beverages.

To create the beer, the team experimented with six probiotic strains and varied factors such as the temperature and amount of ingredients during the brewing process. They eventually succeeded with the Lactobacillus paracasei L26 probiotic strain. The beer is also unfiltered and unpasteurised to maintain the live probiotic counts.

Every 100 millilitre of the drink contains 1 billion probiotic organisms, which is the minimum number per serving recommended by the International Scientific Association for Probiotics and Prebiotics to unlock maximum health benefits.

Prof Liu’s research also found that a type of yeast called Williopsis saturnus can be used to significantly improve the survival of the Lactobacillus casei probiotic strain during the fermentation of durian pulp to create durian-based probiotic beverages.

“Using the yeast also produces much higher levels of volatile compounds, including alcohols and acetate esters, which positively contributes to the flavour notes,” he added.

Furthermore, both the probiotic beer and durian beverage are non-dairy products, unlike most probiotic drinks on the market. This means that the NUS scientists’ creations can be consumed safely by people who are lactose-intolerant.

Such flavours are important in the region, where durian is a very popular fruit, and where such ingredients appeal to populations that don’t typically consume milk, such as Thailand and Japan.

Prof Liu said: “When you look at the health benefits that some probiotic strains can confer to humans, mainly in the area of gut health and immunity enhancement, we should try to develop new foods and drinks that can deliver them to people.”

The Asia-Pacific region is now the largest regional market for dietary supplements and vitamins. Across the region, consumers are buying products that are enriched with locally-sourced compounds and functional ingredients.

Alongside the conference, Vitafoods Asia showcases key suppliers of such ingredients and raw materials that are used in functional foods. Visitors that attend the Vitafoods Asia Exhibition can discover innovations such as Prof Liu’s, as well as source contract manufacturers and private labelers and finished goods manufacturers.