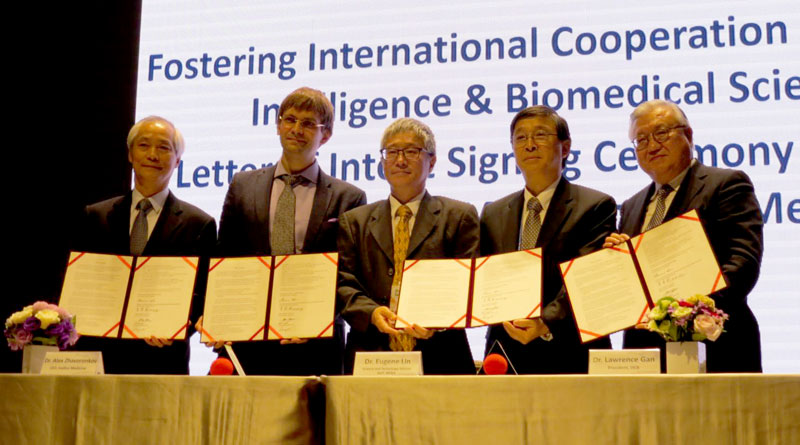 Insilico Medicine, a rising star in applying A.I. in healthcare, has recently been identified as one of the top 5 A.I. startups for social impact by Nvidia. The company uses a new deep learning technique known as generative adversarial networks, or GANs.

Dr. Alex Zhavoronkov, CEO of Insilico Medicine has emphasized that new deep learning techniques including GANs and one-shot learning provide a glimpse into the future of the AI-powered drug discovery engines that may enable smaller and newer entrants to compete with established drug discovery powerhouses.

“A.I. is rapidly transforming some of the most conservative industries and is driving the fourth industrial revolution. Since its very inception Taiwan became the driver of innovation in Asia and took the leadership position during the computer and Internet booms. It is only natural for Taiwan to lead the fourth industrial revolution in health and longevity. We are deeply honored to take part in Taiwan DCB initiatives and partner with DCB, PITDC and TMU”, said Alex Zhavoronkov, PhD, founder and CEO of Insilico Medicine.

President Gan at DCB said, “With the dawning of precision medicine, we rely on scientific innovations and cutting edge technologies to identify biomarkers and develop personalized medicine and treatments.” “With the government’s support, DCB will host a parallel event titled ‘The Era of Digital Health: Innovation in Artificial Intelligence & Biomedical Industry’ at the 2017 World Congress on Information Technology (WCIT 2017) this coming September in Taipei,” he continued. “DCB is dedicated to connecting Taiwan with the world’s top biomed partners to promote open collaboration and innovations in biomedical science and healthcare,” he concluded.